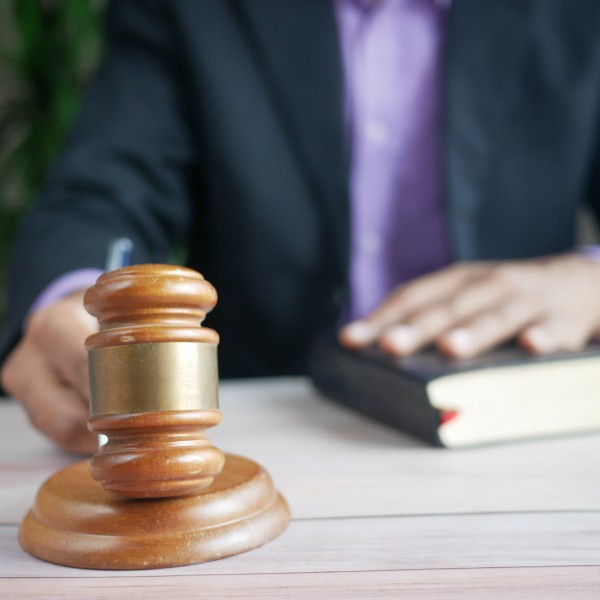 Last week, I attended my first in-person bar admission in almost three years! The student’s principal was warm and witty, the judge was kind and wise, and the student was delightful in her remarks which were delivered on her behalf by the judge. Family, including children, were in attendance along with friends, co-workers, and guests both in person and via Webex from Africa. It was wonderful.

There was a bit of confusion with a change in court room (which isn’t new to the post-lockdown world), but once everyone was in place and ready, the Clerk announced the arrival of the judge, using the words we expect to hear in Canada—“All rise.” She said it, and we did it, and the application and admission ensued. However, I was reminded that not all jurisdictions use the wording “All rise” for the judge’s entrance. I recently watched a British courtroom drama called Anatomy of a Scandal and was surprised by the clerk’s request as the judge entered. The clerk said, “Please be upstanding.”

What a great phrase! It not only communicates that you are expected to get to your feet out of respect when the judge walks in, but it also reminds everyone that they are to be on their best behaviour: honest, filled with integrity, and upholding the principles that underlie our justice system.

If you like a good legal drama where the barristers wear wigs, check out Anatomy of a Scandal. It stars Michelle Dockery (Lady Mary from Downton Abbey!) and Rupert Friend (Peter Quinn from Homeland!). It has courtroom drama, twists and turns in the plot, and a compelling ethical issue which resonates nicely with the “please be upstanding” instruction.

I was thinking about “please be upstanding” while the student at last week’s bar admission recited her oaths:

That I will be faithful and bear true allegiance to Her Majesty Queen Elizabeth II, her heirs and successors according to the law.

That I will as a Barrister and Solicitor conduct all causes and matters faithfully and to the best of my ability. I will not seek to destroy anyone’s property. I will not promote suits upon frivolous pretences. I will not pervert the law to favor or prejudice anyone, but in all things will conduct myself truly and with integrity. I will uphold and maintain the Sovereign’s interest and that of my fellow citizens according to the law in force in Alberta.

Right now, there is a movement afoot in Alberta about the wording of the first part of the oath, which is the oath of allegiance. A student-at-law has requested an exemption from swearing the oath of allegiance (but not the barrister and solicitor oath) because swearing an oath to our monarch conflicts with his religious beliefs. A group of thirty-two law professors has issued a letter supporting his request

Times change, and oaths can change, too. In 1987, when I was admitted to the Bar, female applicants swallowed our pride and took the oath which referred to “any man’s property”, but  just a few years later, two determined students-at-law, Jennifer Koshan (now a Professor at the University of Calgary) and Sheilah Martin (now Supreme Court of Canada Justice Martin) successfully lobbied to have the wording in the barrister and solicitor oath changed to refer to “anyone’s property.”

Wording of oaths is not, in fact, written in stone, and I hope we will find a way for prospective lawyers to assert our commitment to our country and all its laws in a way that respects their belief system. I will look forward to seeing how this issue proceeds.

As I was thinking about our oaths and the instruction to be upstanding, I remembered reading an article—at some point during the work-from-home period, but I have no idea what it was now. The author advocated annually reviewing the oath we swore on the anniversary of our bar admission. Implicit in reviewing the oath is considering whether we met our obligations fully or whether there were some things we could have done better. Looking at how we have acted is an important component of being a lifelong learner (see the Law Society of Alberta’s new Professional Development Profile, the summary version of which includes the statement that the new program is designed to “support the CPD of lawyers through ongoing self-assessment and learning”. When I was a young lawyer a long time ago, I looked forward to the day when I would know everything and wasn’t always in learning mode. It turns out that the more we practice, the more we realized we need to learn! Law is all about being a lifelong learner because it changes and evolves.

The oath of allegiance, the opening words of the oath we swear, and the part that is being questioned by the current student, is found in section 1(1) of the Oaths of Office Act.  The second part of the oath—the oath of the barrister and solicitor—comes from Rule 67(7) of the Rules of the Law Society. You must put the two together to get the full content of what you swore to do at your bar admission.

If you don’t have time to review the full text of the oath of a barrister and solicitor from the Rules of the Law Society on the anniversary of your bar admission, consider as a short form alternative the admonition to “be upstanding,” and review it instead.

Lawyers are viewed as leaders in our society, and we are given special privileges that come with being officers of the court. We are assumed to be telling the truth in court, for example, without being sworn. We impose and rely on trust conditions. And we must ensure that our conduct merits trust. We need to “be upstanding.”

“Being upstanding” for lawyers means conducting matters faithfully and to the best of our abilities. It means not destroying property or launching frivolous litigation or perverting the law to favour anyone. And it means conducting yourself fairly and with integrity. In other words, it means fulfilling the oath we took at our bar admission.

You may be wondering why you are getting a lesson in comparative professional responsibility from  Assist. The answer is that when lawyers fail to meet the standard of being upstanding, it causes stress and distress to other lawyers. At Assist, we talk to lawyers who are impacted by uncivil and unprofessional conduct. Many of us first assume that we must have done something wrong when another lawyer acts out in a way that isn’t upstanding, but often the answer is simply that the other lawyer is an inconsiderate person who can’t be bothered to be courteous or is, even scarier, unaware  of the appropriate standards for conduct in our profession.

I have been writing about the link between incivility and distress—see https://www.nationalmagazine.ca/en-ca/articles/the-practice/workplace/2022/the-stress-of-incivility--to encourage us to recognize that incivility can be caused by stress and distress we are experiencing as well as causing stress and distress to other lawyers. If we recognize that our uncivil colleague may be reacting emotionally (anger, frustration, impatience) due to pressure from a difficult client—or another source—we can engage empathy, and engaging empathy can help defuse our desire to destroy that lawyer and their argument with the most scathing email ever written. It may be appropriate, depending on your past relationship with the lawyer, to attempt to de-escalate (“We are both dealing with demanding and perhaps difficult clients this time, can we agree that we will maintain a professional demeanor and not descend into our clients’ emotions?” or “This tone isn’t like how we have related in the past. Is everything okay with you?”) But engaging empathy, regardless of how we respond, can still have a beneficial effect on our own well-being.

Would the admonition to be upstanding prevent lawyers from discourteous conduct and single-handedly reduce stress and distress in our profession? No, but it is a handy two-word phrase we can keep in our heads for those occasions when we are tempted to react in anger. Before you send the email that made you feel so good and so justified, stop for five minutes, and then come back and apply the “be upstanding” test: is this email upstanding? Or does it merely vent your spleen and assert dominance over the other lawyer at a visceral level but does not enhance professionalism and courtesy, important values in being upstanding (in my humble opinion.)

And remember that in Alberta, our duty as advocates is to pursue our client’s interests resolutely and honourably within the limits of the law, fearlessly raising every issue notwithstanding how distasteful, which is the standard in our Code of Conduct (Rule 5.1-1)  (and not zealous advocacy which is an American concept!). Being resolute and honourable while fearlessly advancing issues fits nicely with being upstanding.

As we head into the fall season, let’s resolve to “be upstanding” rather than merely rising as symbol of respect.

Enjoy the rest of the summer,
Loraine

< Previous Post The Great Prioritization
Next Post > What Lawyers Want (or Associates are from Mars, Partners are from Venus)